In For the Long Haul

About 10 years ago, Bob and I started running. Well, jogging, really. It was not something that I had ever thought to do… why run when you can walk?  There are flowers to smell and dogs to pet, and running just seemed like such hard, sweaty work. Plus, I didn’t think I could. I hadn’t run a mile since High School. I might occasionally run to catch a flight, but only if it was somewhere that I REALLY wanted to go.

But there I was, crying like a baby, when after about a month of trying, I ran my first mile without stopping. If you had told me then that within six months I’d run my first half marathon, I would have gone home, gotten in to bed, and vowed to never get out again. Couldn’t imagine running that far.  Until I did it. I’m not saying it was pretty, but I did it… I ran 13.1 miles, voluntarily. And I liked it so much, I did it again about a dozen times.

Long haul flying is a little bit like that. Before you’ve done it, it seems impossible that you could be trapped inside a tin can, high in the stratosphere, belted into a mini-prison of a seat for 15-1/2 hours and not lose your mind. It’s daunting. But if you want to go to Zambia, and you live in Michigan, you don’t have a lot of other options. 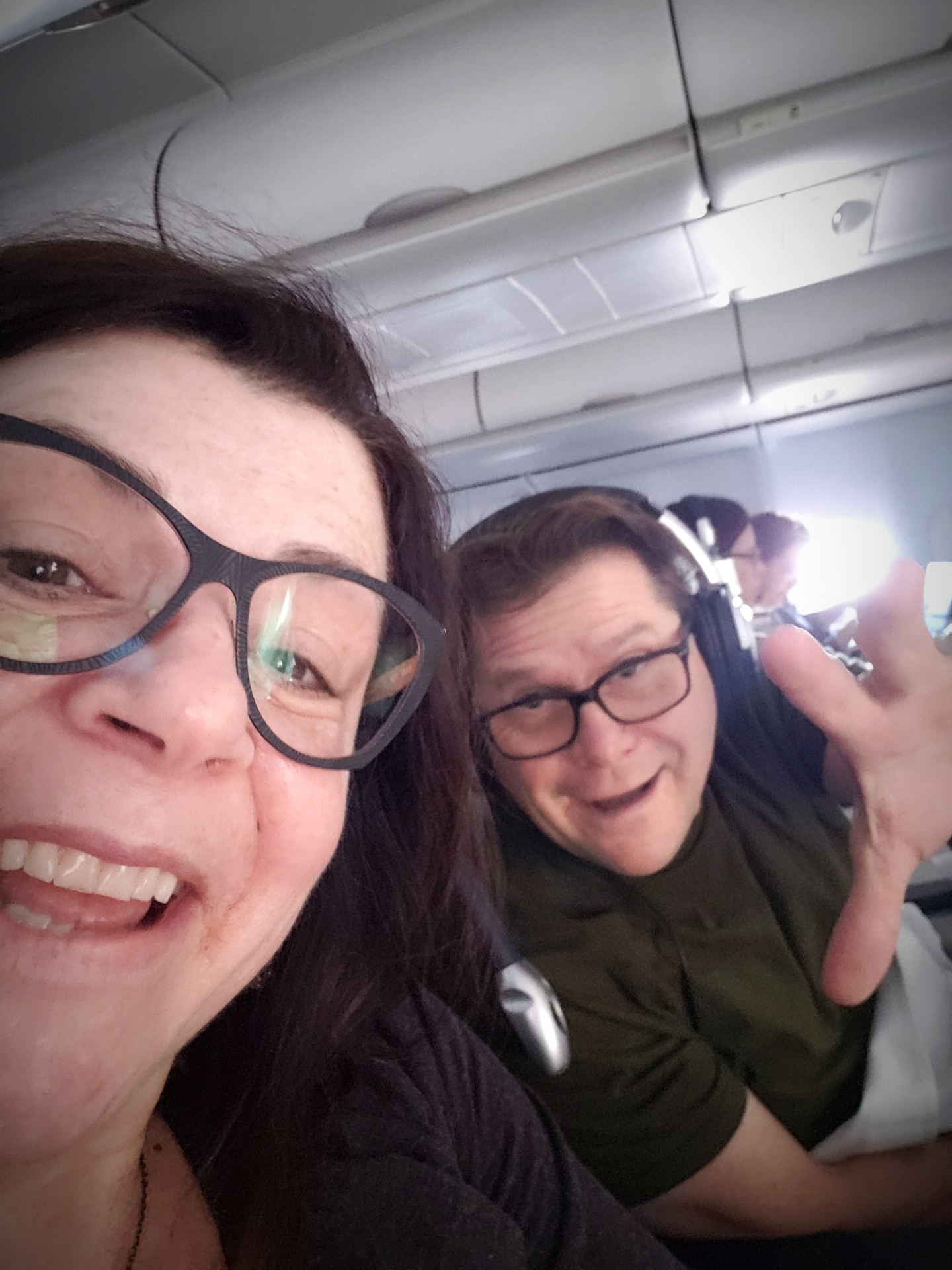 I’ve actually always loved to fly. The idea that you can wake up in one place and be somewhere far away in a matter of hours is pretty cool. And I don’t mind airports, and security checkpoints, and waiting in line to board because experiencing them means I’m about to go somewhere, and going somewhere is cool.

I did, however, have a ceiling in my mind for how long being in a plane is reasonable. Until we went to Africa, I was sure that seven hours was my outside edge. That’s about how long it takes to fly to London or Paris or any of the other wonderful cities in Europe that I love, and love to visit.  Even as excited as I would be to get there, the last hour before we landed seemed like an eternity. I would fidget and twitch, no way to get comfortable, trying hard not to obsess about how many times the air I was breathing had been recycled. And then we would land, and I would forget all about that part and just embrace the adventure I was on. 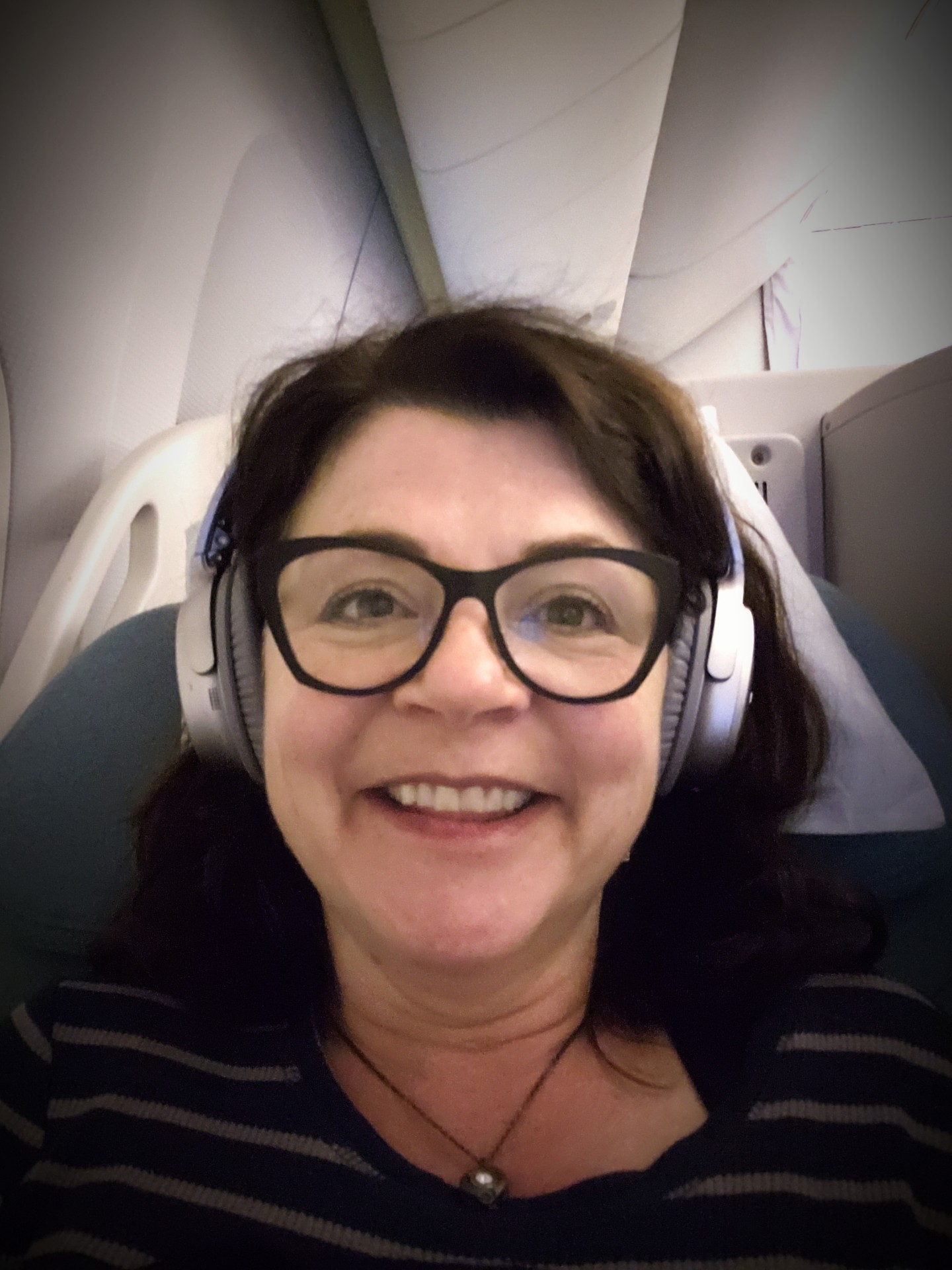 It turns out that flying to Africa was the same experience.

My normal flying routine goes something like this…  board the plane, have a glass of wine, eat the meal, watch a movie, try to sleep. Wake up for the “breakfast,” fidget and twitch for the last hour. Get off the plane and start the adventure. 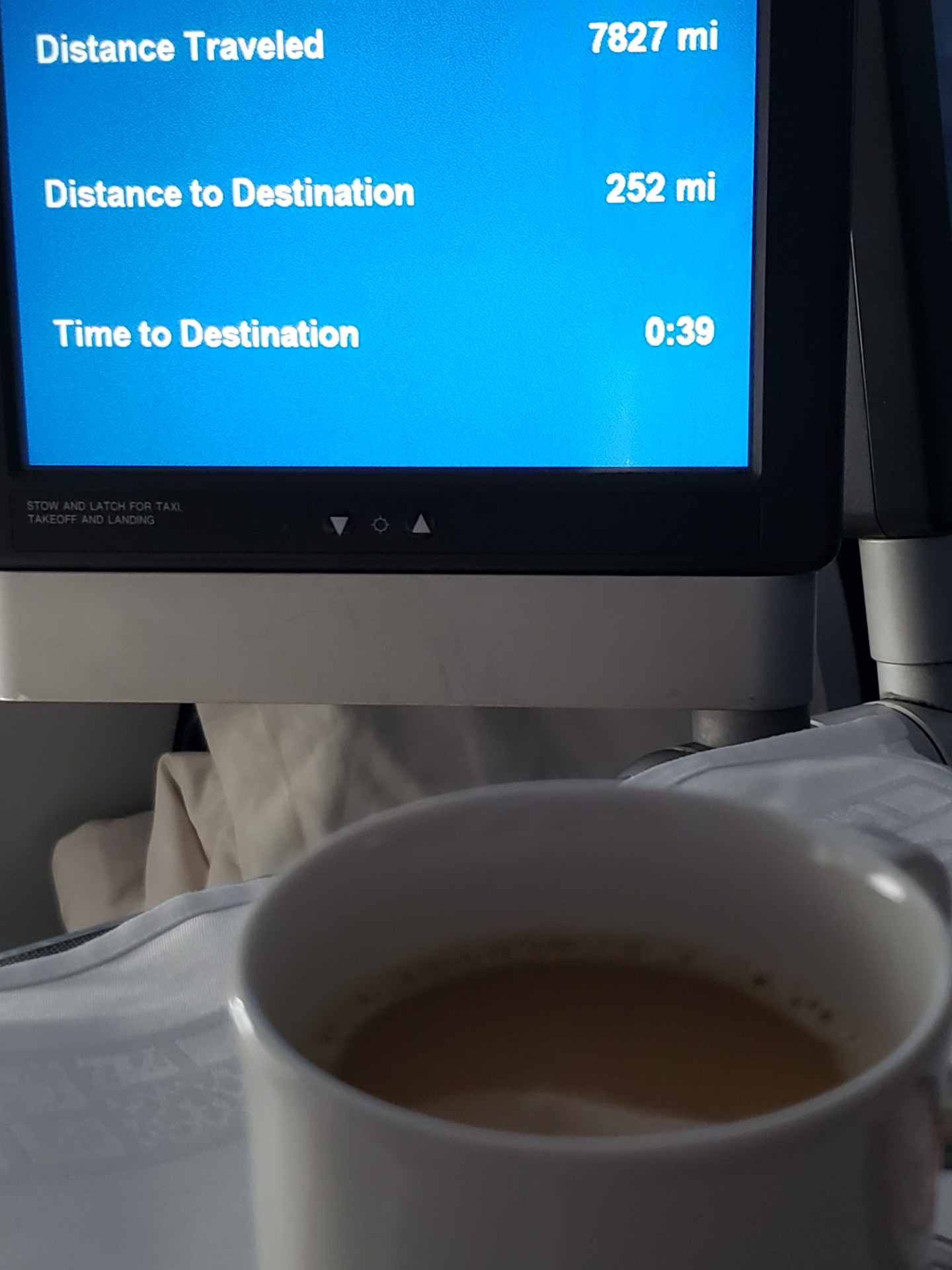 There are some things that help…  first, noise cancelling headphones. Oh, those help a lot. Loose, layer-able clothing helps. Socks and slip on shoes help. I like to load up my phone with music that makes me feel grounded, and I always download a book to listen to, as well as bringing one to read. I make sure that I have medicine with me… Advil, Afrin in case my nose gets stuffed up, ZZZquil to help me sleep. A backup battery for my phone in case the onboard plug doesn’t work. We always have snacks with us – usually mixed nuts and meal bars, with a bit of chocolate, because chocolate helps everything. I brush my teeth several times on the ride. I use a lot of Chapstick and moisturizer, because flying dries me out. And the most important thing I try to always remember to bring with me is my sense of humor.

It helps that I’m on these flights with my handsome husband, too. After all, he’s my best friend and I would hang out with him anywhere. Even in a tin can, high in the stratosphere, belted into a mini-prison of a seat. Even for 15-1/2 hours.