What makes tea Black, Green, White, Silver, Red, or Gold? What do those colors mean?

I am writing this note because surprisingly most people I meet know very little about tea, even though they may love to drink it every day. My goal is to give you enough information so that you can be smarter than 98% of your friends and acquaintances at a cocktail party. This is also the story of Michelle and I discovering Gold in the foothills of the Himalayas. 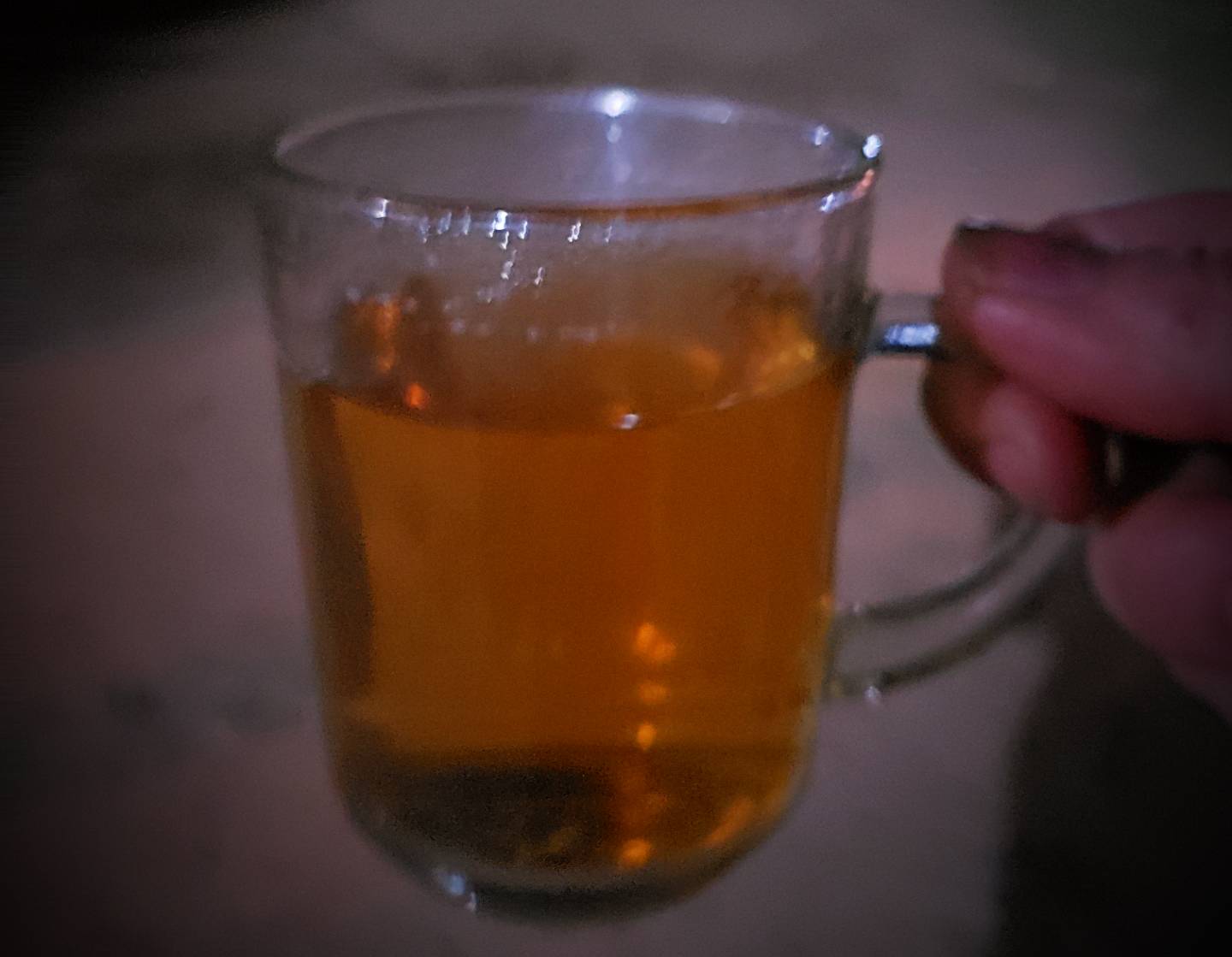 The first thing you should know is that nearly all tea is comes from one of two plants, regardless of its color designation. Tea is produced from the Camelia sinensis plant, and although there are over 300 varieties, there are only two that are commercially viable: the ‘China Plant’ and the ‘Assam Plant.’

The China Plant (also called Chinery) grows to about 2 meters (6 feet) high and has dark leathery leaves that are slightly serrated.  The Assam Plant (also called Assamic) is, in fact, a small tree, which grows to be about 10 to 13 meters (30 to 40 feet) high. Its leaves are bright, thin and tend to have a tapering apex.

The color of Tea is determined by when the leaves are picked and how they are processed. 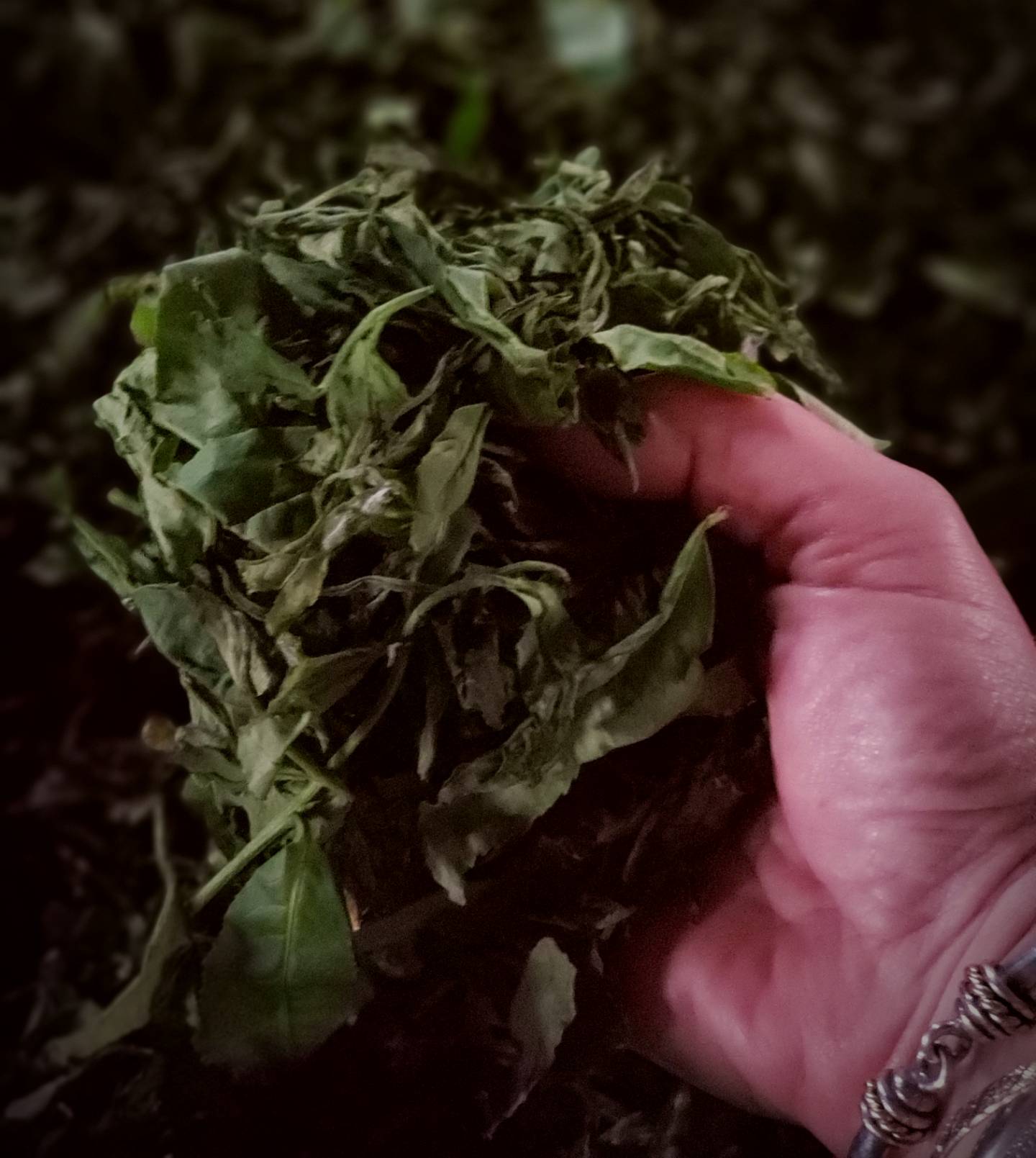 Green Tea and Black Tea are produced from the same plant. Black is simply more oxidized than Green. When a tea leaf is plucked (COMING SOON: Two Leaves and a Bud) there is gentle bruising that happens in the field releasing juices. When those juices encounter air they begin to oxidize. The way to arrest that oxidation is to add heat to the leaf, usually by steaming or pan frying.

Green Tea undergoes minimal oxidation and is heated shortly after returning from the field to preserve its green color. Black Tea typically will get some extra bruising (crushing or cutting) of the leaf and is left to oxidize in its own juices for a longer period of time. The net result is the leaf turns dark, almost black. If Green Tea is minimally oxidized, and Black Tea is fully oxidized, then Oolong is semi-oxidized.

White and Silver Tea get their color reference as a result of when they are picked. White Tea is considered one of the most delicate tea varieties, harvested before the tea plant’s leaves are fully open (COMING SOON: Two Leaves and a Bud). The young buds are still covered in fine white hairs. White Tea is oxidized even less than Green Tea and is very floral and aromatic. Silver (Needle) is a very rare White Tea made from only the bud and no leaves.

Red and Gold Tea are both a form of Black Tea. It can be confusing, but Red Tea (not including Rooibos or Fermented Tea) gets its name from the Chinese whose teas are often named for the color of their infusions rather than the color of their processed leaves. In other words, when one infuses Black Tea it produces a reddish colored liquid. Gold Tea has a similar story. It is processed like a Black Tea, but the infusion produced has a very seductive gold color in the cup, and for that reason it is often served in clear glasses. 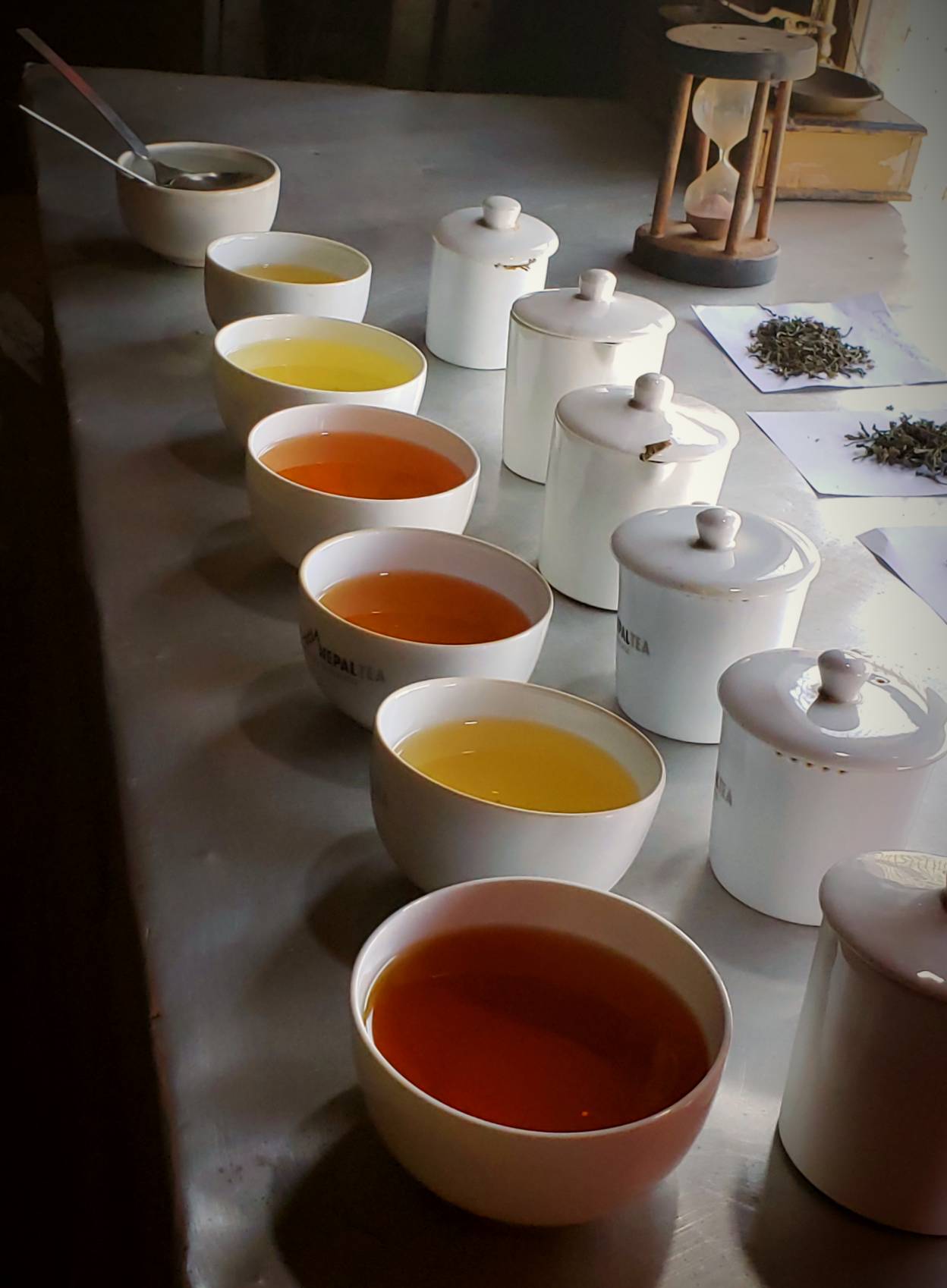 Michelle and I had our first cup of Gold Tea about two and a half hours into our drive to Phidim, high in the foothills of the Himalayas, in a village that was just a bend in the road. This Village spends almost 80% of its time in the clouds. We stopped to stretch our legs (we were pretty cramped), and to be stable for a moment from the switchback roads (Dramamine was in order), and to use the restroom (the old style ceramic basin with a hole in the ground with two raised foot pads). 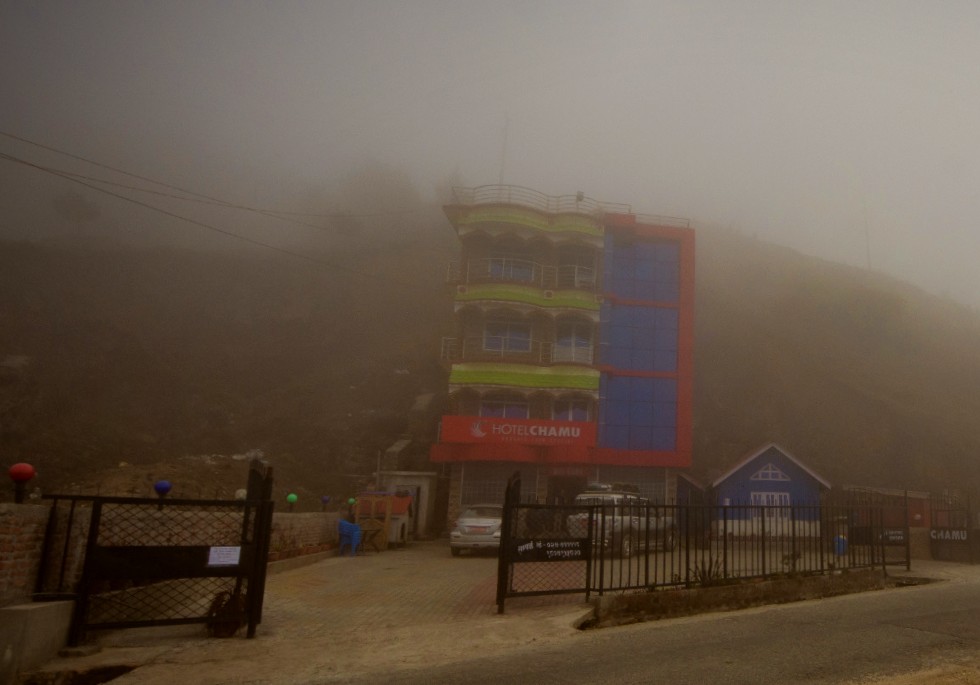 The place we stopped was a combo Hotel, Cafe, and center of activity. We were unannounced but greeted very warmly and, of course, offered a cup of tea right away. The Gold Tea was so delightful and required no sugar or milk to bring out the natural baked fruit flavors. However, as wonderful as this Gold Tea was, when we got to Mt Kanchanjangha and the Kanchanjangha Tea Estate, Nepal’s first organic tea farm, there was no comparison 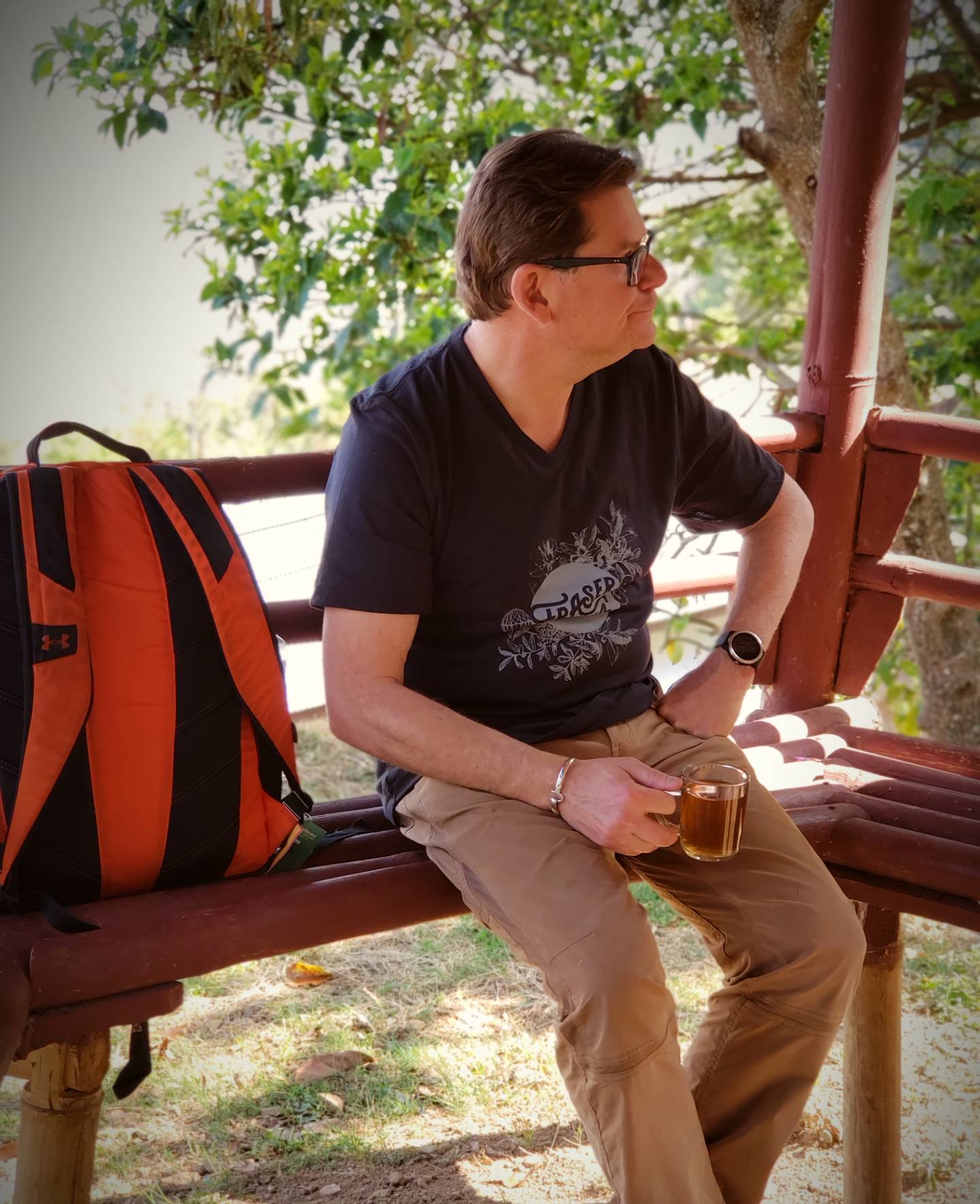 Treating the famers right and being an organic (READ: Only if it’s Organic) farm can clearly make all the difference in taste and quality. We arrived at the Estate way past dark, but as custom goes we had a cup of tea as introductions were made… and if we didn’t think we were in the Heavens already, this caramelly golden elixir certainly told us we had arrived!!