The first thing to know about Davies Chipoya is that the last thing he’d ever want to be called is a hero. You can call him a friend, and you will, within the first few minutes of meeting him. You can call him a pastor, a devoted husband and father, and a man who wants to serve his community… he is all of those things. But he’s so much more than that to so many people:  the children whose lives have been saved by the Living Hope International Orphanage, the community that now has access to potable water, the women working the coffee fields who earn a living wage that is three times the national average. To me, he’s an inspiring example of how one person really can make a difference.

Davies is a vet, by training. In the 90s, he worked for the national vet service, traveling around the copper belt region of Zambia to care for the large animals (think horses and oxen) that work in the mining industry. That was his day job. His Christian faith is central to his life, and at night and on the weekends, you would usually find him crisscrossing his part of Zambia to share his love for Jesus Christ. 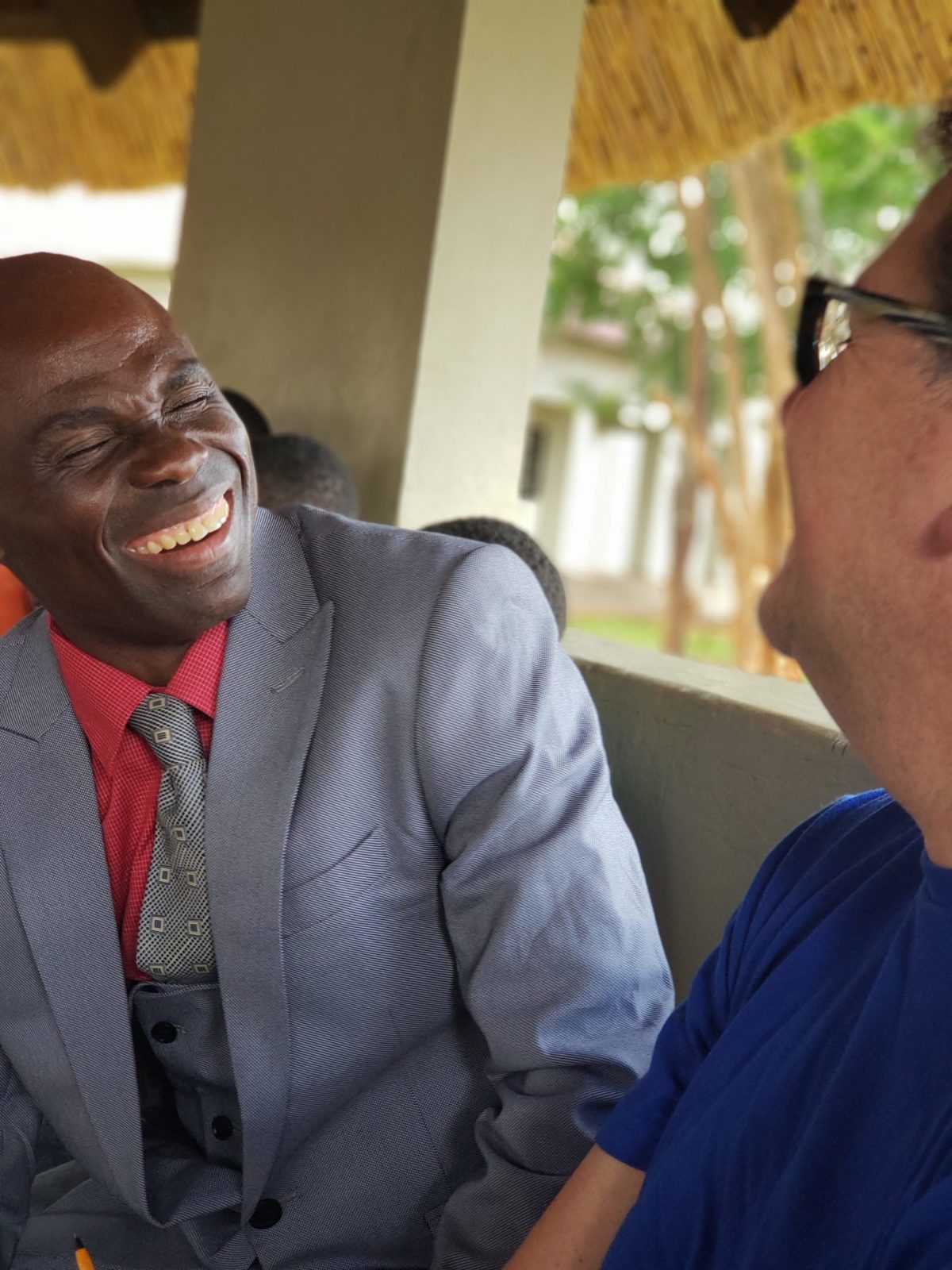 That’s how he first met our friends from the Oak Pointe Church in Novi, Michigan, Lee and Trina Davis. They had come to Ndola in 2008 with a mission of building an orphanage to help save the children literally dying in the ‘bush.’ They asked Davies to be their Executive Director for Living Hope International, and a powerhouse partnership was born.

It’s important to understand the context on the ground in Ndola. It’s a mining region where the multi-national corporations are almost a government unto themselves. That’s because the Zambian government doesn’t have the resources to function the way we think of it in the West.  There are environmental laws on the books, but practically no one to test or enforce the standards. The smell of copper smelting is everywhere, and you can see the sheen of chemicals on most of the rivers and streams. About 70 percent of the population live on less than $1 per day. AIDS and Malaria are two of the leading causes of death. Almost half the people in the country don’t have access to clean drinking water. And 90 percent of women in rural areas are illiterate.

It’s easy to look around and feel overwhelmed by the challenges. Most people would be. How do you start to make change in a place that feels so hopeless?  Thankfully, one thing Davies has is an abundance of hope, matched by his energy, determination, and love.

You need quite the variety of skills to create an orphanage and a productive coffee farm out of thin air. On paper, it would seem to be an impossible job.  But there was Davies negotiating for the land with the Tribal Chief, overseeing the logistics of dormitory construction and well digging, answering calls to rescue children in the middle of the night, training house mothers, figuring out the wheres, whens and the hows of coffee farming, and countless other tasks. To be sure, he had help… but he was always right there in the middle of the action, making the difference on the ground. Our Living Hope International friend, Kim Cooke, calls him a “Renaissance Man.”

Real change in Zambia can only come from its own people. The ultimate goal of the orphanage is to grow a healthy, loving generation of leaders with the skills to transform their community, solve the problems facing their people, and lead useful, productive lives. That’s not the world as Davies found it… but it is the world he’s helping to make. And if you were to ask him about it, the first thing he’d say is that he is grateful. To me, that’s heroic.