Coffee grows in more than 70 countries in the world. And although Honduras is one of those countries, and it has been growing coffee since the early 1800s, it’s only been in the last couple of decades that its reputation for quality has gone global.

There are a lot of reasons why. Its coffee is grown in some of the most remote regions, far from the infrastructure of export like dry mills, ports, and even good roads. It’s a poor country. Depending on which list you read, Honduras ranks anywhere from second to fourth lowest in the western hemisphere for GDP.

Regardless, though, of its regional ranking, the poverty here is palpable. It is estimated that more than 60% of Hondurans live below the poverty line. Having now travelled in some of those remote coffee growing areas, I can attest to it. Living conditions are harsh, and work is hard to come by.

Last September, Bob and I were the guests of Kathya Irias and Paul Gromek of Spirit Animal Coffee in San Pedro Sula, Honduras. They took us to visit two producers, one in the region of Copan, and one in Yoro. And Bob was here earlier this year to visit a young Co-Op in the making in the Olancho region. Before I tell you about those Growers and their farms, I want to share a few observations we’ve had about the industry in Honduras, and the people who grow the coffee.

There is not one person we met on a coffee field that didn’t have something to say about climate change. It is, definitively, getting wetter. A lot wetter. The rain comes earlier, stays longer, and falls in greater quantities than ever before.

Like much of Central and South America, Honduras has been hard hit by rust. We’ve shared stories about what that looked like in Chiapas, Mexico. The big wave of rust hit here in 2013 and wiped out about a quarter of the country’s coffee production in a season. Growers have fought back. Helped in part by the country’s trade organization, IHCAFE, they rebounded by planting more rust resistant varieties, and adjusting their farming techniques. But the wetter it gets, the harder it is to fight rust. 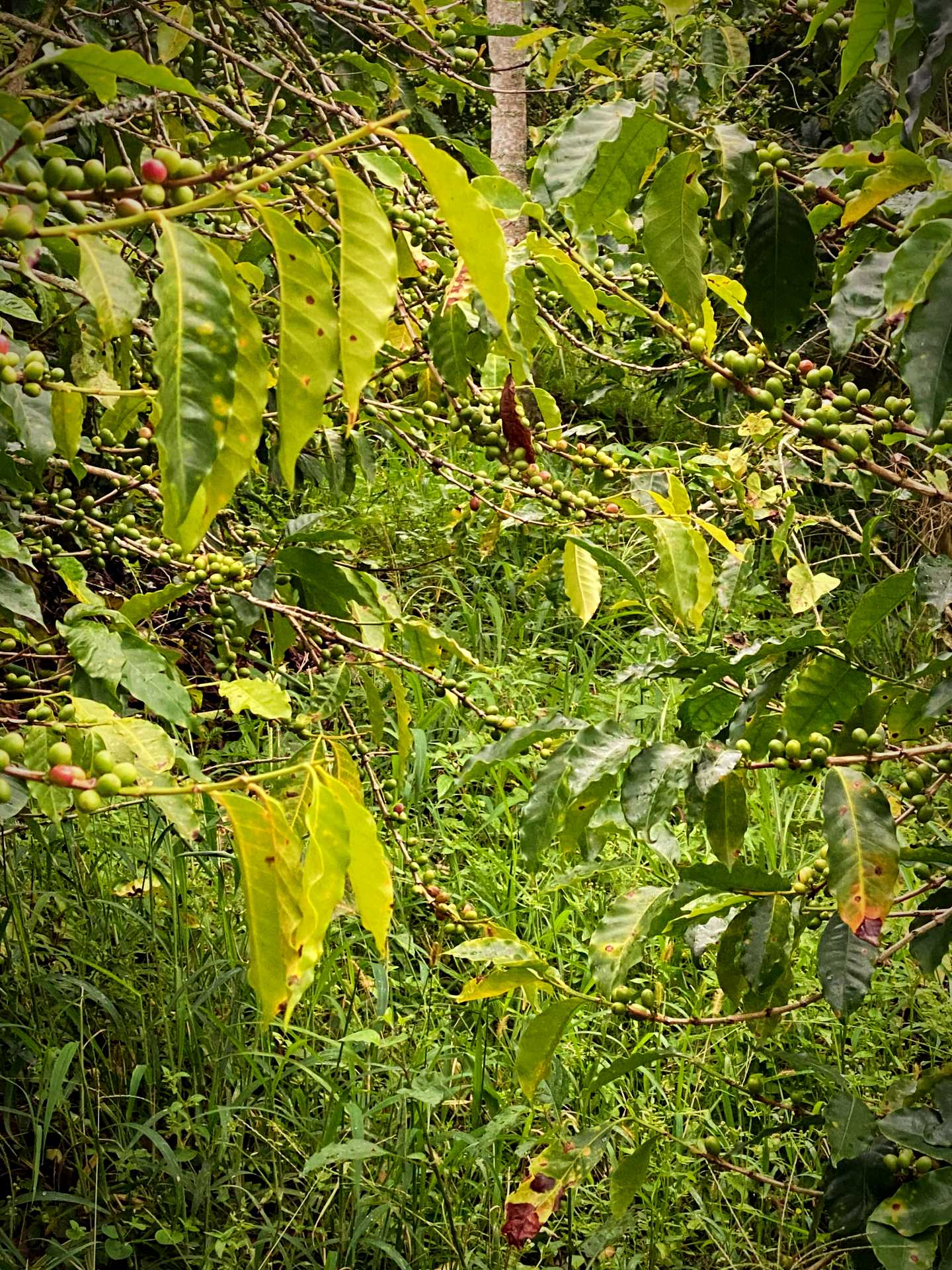 It is also getting warmer. Temperature has a huge impact on how the coffee cherry ripens. The warmer the temperature, the higher the likelihood of defects in the coffee. And the higher the risk of pests. Currently, there is a scourge of the coffee borer beetle here in Honduras. It is possible to fight it with non-chemical means, but it can be labor intensive and expensive. Left unchecked, it destroys the coffee cherry and can wipe out a producer’s crop.

As devastating to the Grower as rust and coffee borer beetles are, the impact of the C-Contract is the most pernicious, existential threat to coffee and coffee producers, not just in Honduras, but all over the world. With the exception of the last year, in which C-Contract price rose higher because of a drought and a frost in Brazil, market-driven prices for coffee have been depressed. Seriously depressed. It has been almost impossible for most producers in Honduras to make even a modest profit. Some have been operating at a loss. Many have been forced out of the industry all together.

Coffee is grown in some of the poorest regions of an already poor country. And it is a major creator of jobs. When a coffee Grower abandons the crop, the knock-on affect is that farm workers and pickers have no livelihood. And there just aren’t other industries to pick up the slack. It’s little wonder that there has been a mass migration out of the country. People need to feed their families. 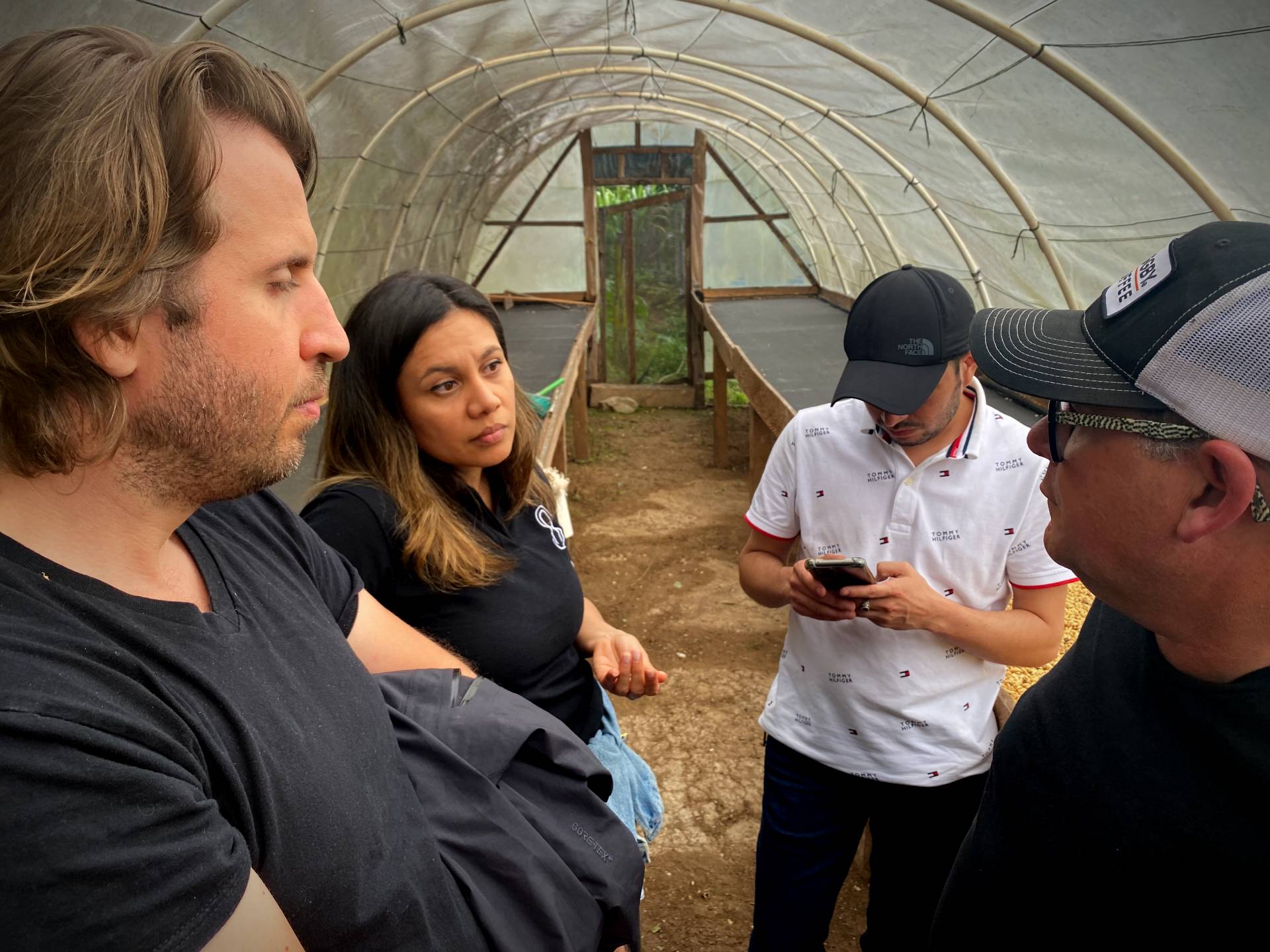 One of the pathways that Honduran producers are chasing is to grow Specialty Coffee. Most coffee scores below 80 on the Q-Grading scale. Those towards the bottom would be sold at the very lowest price, below C-Contract, and generally distributed domestically. Somewhere in the middle of the pack would be commercial coffee, the kind that might end up in a can of Folgers or Maxwell House. That is the C-Contract mark. Coffees that score above 80 can begin to fetch a premium. And those coffees that score above 87, or even above 90 enter the rarefied air of gold leaf and and beluga caviar. They are prized, and they are rare. They make up a very small percentage of the market.

Conditions in Honduras are very favorable to producing that kind of high scoring specialty coffee. But it’s unlikely that a producer would be able to grow coffees over 87 in mass quantities. It is a highly labor-intensive enterprise, dependent on the vagaries of the weather, among many other factors. It’s a bit like producing the finest cream from dairy cows… you generally have to make a lot of really good milk in order to make a few gallons of world-class cream.

But if a producer is able to manage it, the premium they receive above the C-Contract price for those rare coffees at the top of the Q grading scale can help to sustain their farm. But only if they have access to a marketplace. And only if the people they are dealing with pay them for the full value of their production. 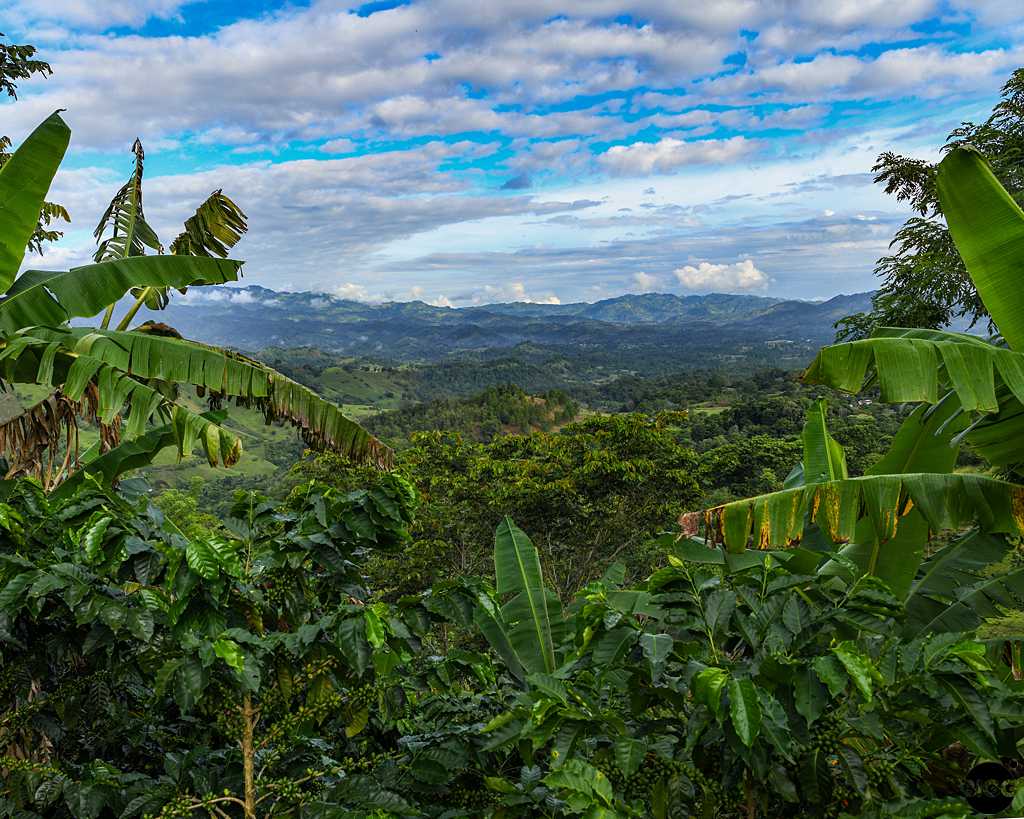 Most coffee producers in Honduras are working on very small plots of land, maybe an acre or two, maybe less. Often, this land might have once been a large plot, but over the generations, it has been subdivided among siblings, or sold off for cash, until what’s left is very little.

It is, of course, difficult to sustain a family in coffee farming on that small of a plot, alone. Add to that the overwhelming challenges of getting a crop ready to export and finding a marketplace that will pay fairly for their product. That takes the degree of difficulty up to near impossible.

So, the Co-Op model is prevalent here. Small producers come together to form an umbrella organization so that they can get better pricing on supplies they need, and they have a better chance of finding a marketplace. Bob met with Arturo Colindres earlier this year, who is in the process of setting up a Co-Op in the Olancho region.

Arturo Colindres and his wife in Olancho, Honduras.

There is another type of grower, though, that we have met on this trip. They are also people whose families have been in coffee production for generations. Their great-great grandparents might have bought significant holdings in the distant past. And they had success with coffee. But for this current generation, the twin threats of climate change and the C-Contract are driving many younger growers off the land.

Usually, the large swath that their great-great-grandparents might have bought has since been subdivided among surviving children and grandchildren. In the case of the two farms where we spent time this trip, this still left enough of a plot to make coffee a potential viable option. And if family members that own land can join forces, there is an even greater opportunity.

Still, there are serious headwinds to contend with. For one thing, the fertile coffee-producing land in the regions we visited is worth a great deal of money. Coffee farming is hard work 365 days of the year. The lure of a contextually large windfall can be too tempting to deny.

In the case of the producers we met with on this trip, though, they are instead focusing on the tailwinds that keep them moving forward in coffee. Some had received college educations with the idea that they might make a different kind of lives for themselves. But they came back to the farm.

Each of them feels a deep connection to the land, and a strong desire to honor their families’ heritage in coffee. In both cases, they have had to overcome many of their family members objections. And they’ve struggled to reinvigorate the coffee fields that had been untended for a few years. And they find it nearly impossible to find workers. And they’ve put every available cent they have into their farms.

And yet, they persevere. 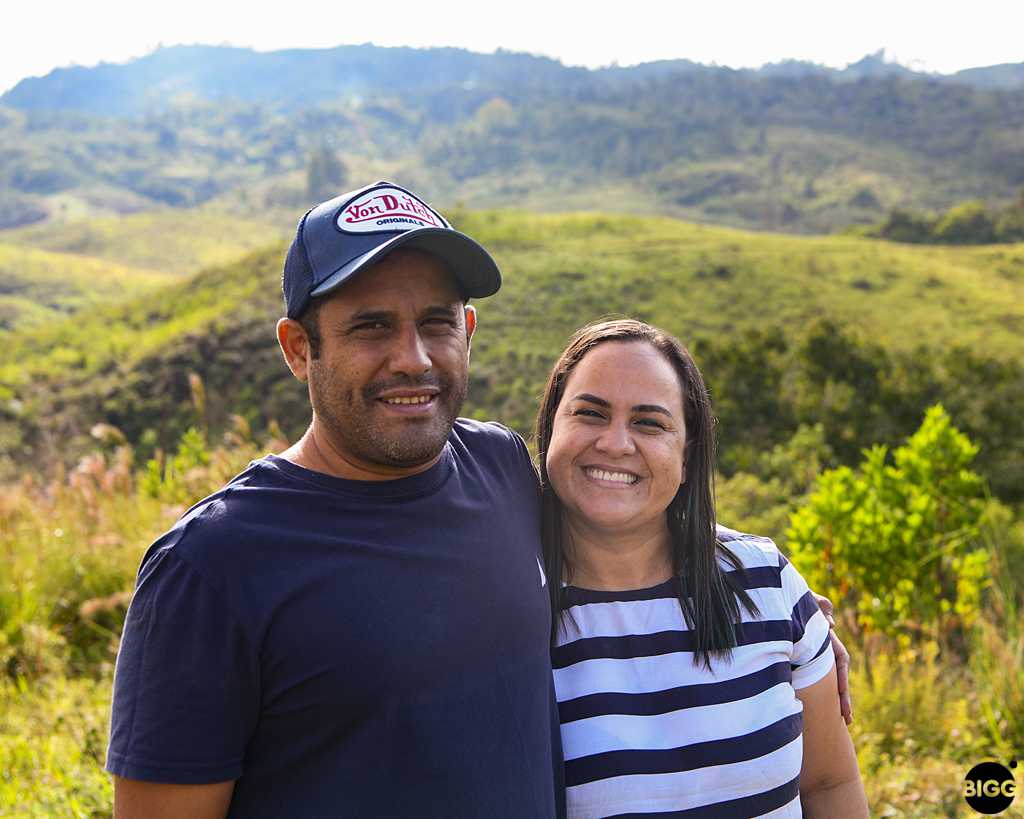 Raquel Giron Rosales and her brother Octavio on their farm, Finca Montefresco.

What Keeps Them Going?

The short answer is hope.

In a country and an industry that is structured to keep them invisible, they hope to be seen. They entered their finest coffee into the national Cup of Excellence competition in the hopes that buyers will find them. And for both of the farms that we visited, that is a strategy that has worked.

Spirit Animal Coffee saw them, and sells their very limited batches of 87, 88, and 89 Q-scoring coffee to subscribers around the world.

So, they’re selling their cream, but what about their really good milk?

That’s why Bob and went to Honduras. To start building relationships, and to determine whether or not they might be a good fit for our Farm-Direct mission to find producers doing right by their people, the planet, and their larger communities.